Aunty Josie Boyle invited Delly Stokes from 'Yabu Band' to choir practice (What a gorgeous voice he has! )
we learnt two from Delly, one of which we'll be recording for CURTIN TV show, 'NOONGAR DANJOO'. This is called 'Campfires' and is a plea to keep culture and stories alive for the young ones.

The second song we learnt was 'Healing Our Culture' which was written at the time of The Apology to Stolen Generations in February 2008.
Delly and MM share the belief in songs as agents of change and healing. It was a thrill on Monday to have his daughter and her friend singing with him. 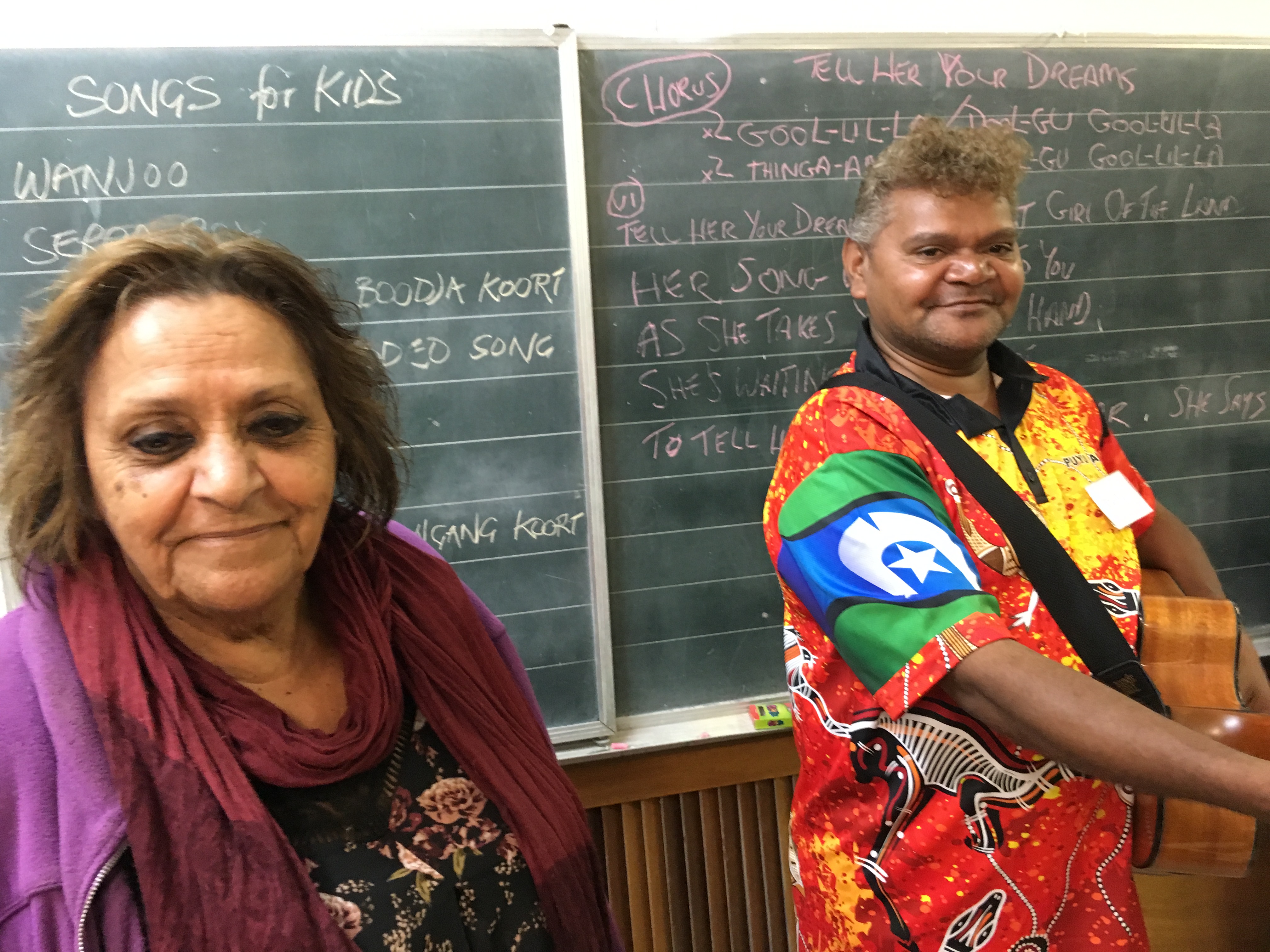 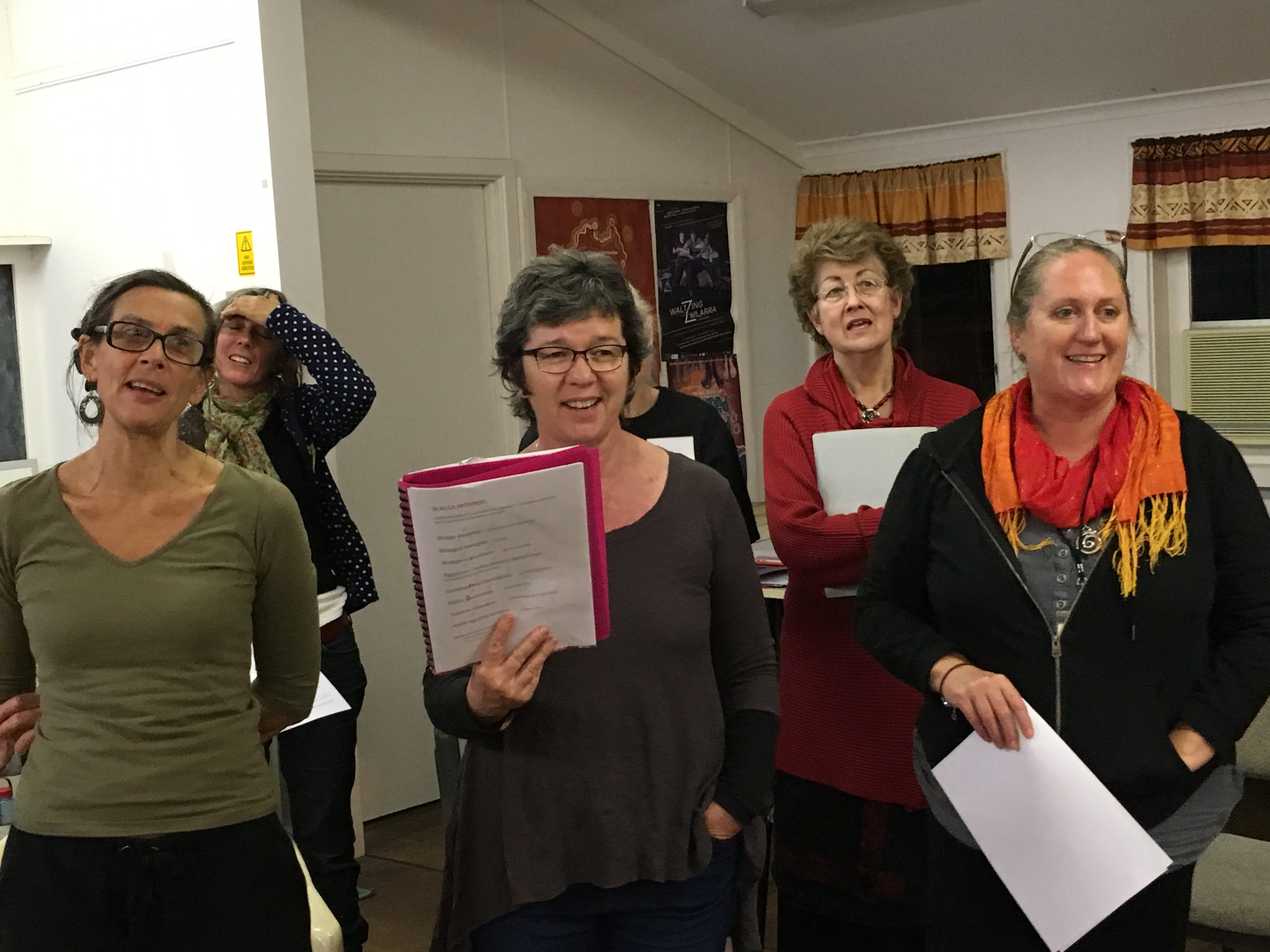